THe Greater Purpose Project demo reel, please share the #gpp mission with all of your friends! 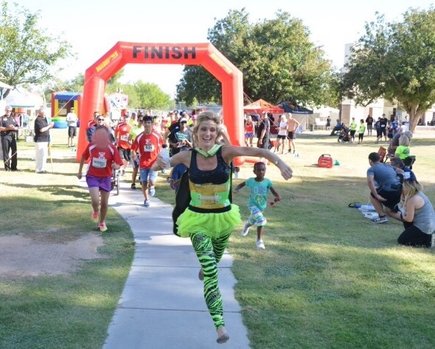 Superheroes of all ages soared across the finish line in the first annual Patrick Taylor 5K/1 mile (wheel, walk, fun run) held at Reid Park in Tucson, Arizona.  The event honored the life of Patrick Taylor: firefighter, father, husband and Multiple Sclerosis Warrior who transformed his diagnosis into a Greater Purpose of helping others. The celebration continued after runners crossed the finish line into the entrance of the Tucson Firefighters Association Chili Cook-Off.
​
Button Text 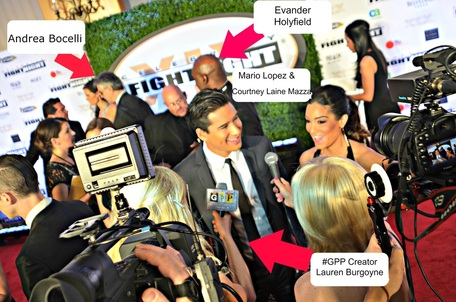 Every year Hollywood A-Listers roll out the red carpet for a man whose Greater Purpose has changed the lives of millions of people. For the past 19 years Muhammad Ali's Celebrity Fight night has raised more than 87 million dollars in the fight against Parkinson's Disease, a battle Ali himself is fighting. The Muhammad Ali Parkinson Center at Barrow Neurological Institute in Phoenix is the event's primary benefactor however a long list of other charities benefit from the Champ's charity bash as well.

The #GPP headed to Celebrity Fight Night to ask these celebrities,"What's your Greater Purpose?" What do you think they said? 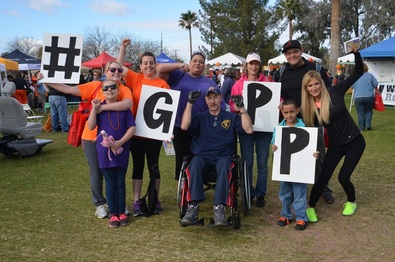 The #GPP crew surprised Patrick Taylor with an early morning wake-up call on the day of the Tucson MS Walk!  Patrick's wife, Kathy was in on the whole surprise but forgot one minor detail (unlocking the front gate to the Taylor's residence). #GPP Creator Lauren Burgoyne proved she had mad cat burglar skills, scaling the fence and being surprisingly successful at her first "breaking and entering." (Don't worry The #GPP cameras were rolling the whole time!) Just a couple days before the walk Taylor had returned home from the hospital battling double pneumonia. While the retired firefighter may have  appeared a bit thinner in physique his spirit was as robust as ever!  The weather was damp and chilly that day but  Taylor's upbeat attitude was matched by all of the other MS Walk participants.
"Witnessing Patrick cross the finish line was one of the most powerful moments I've ever experienced as a journalist.  I'm truly humbled we are able to share Pat's story with you," said Burgoyne.
MS Walk Tucson Gallery

one million acts of kindness tour (2013) 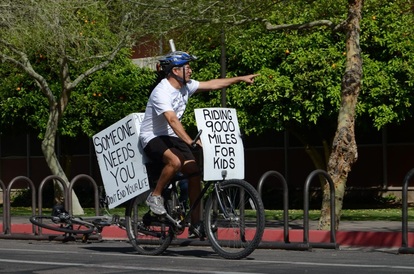 #GPP Creator Lauren Burgoyne was drafting a script for the Greater Purpose Project at a coffee shop in Scottsdale, Arizona when she literally almost tripped over Bob Votruba's bicycle parked outside. The billboard on Bob's bike read: RIDING 9,000 MILES for KIDS... Burgoyne read it and a light bulb clicked on. This is a person I have to meet, she thought as she put a handful of her cards on his bicycle seat. "Bob's one of the most extraordinary people I've ever met. His story is a life changer," said Burgoyne.
One Million Acts of Kindness Gallery